Moza has announced the launch of the compact and feature-packed Slypod Pro, a 3-in-1 monopod with an electric slider and a jib arm, which the company claims is the first of its kind.

Moza has announced the launch of the compact and feature-packed Slypod Pro, a 3-in-1 monopod with an electric slider and a jib arm, which the company claims is the first of its kind.BUY CINE ,VIDEO ,VLOG gears,  :https://www.vloggears.com/ 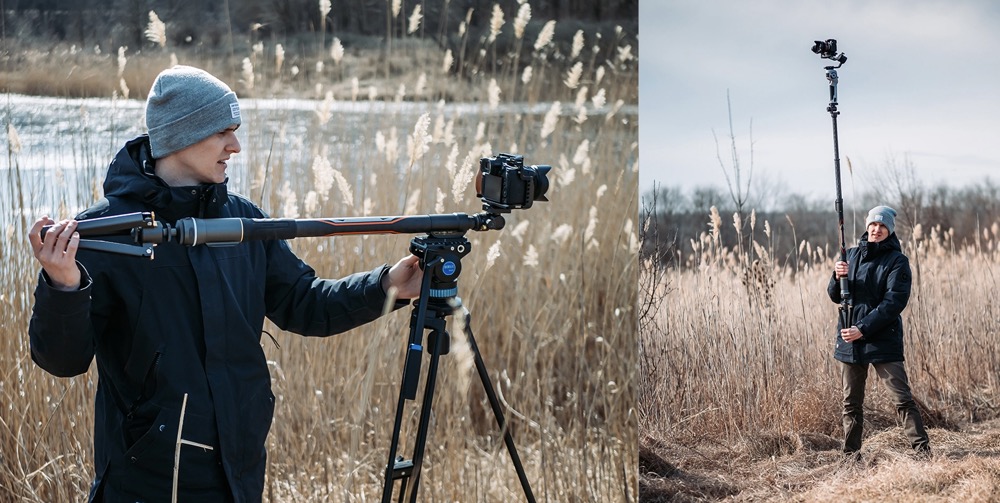 Moza, a company that specializes in camera and smartphone stabilizers, and which also recently launched the Moin Camera, has announced an upgraded version of its original2-in-1 motorized slider and monopod, the Moza Slypod, which was first released in 2019.

The new Slypod Pro, which comes with the additional function of an extendable jib arm, is Moza’s response to scenarios where photographers and videographers encounter the need to pack and carry cumbersome equipment — from a tripod to a drone and everything in between — to achieve high-quality filmmaking results. 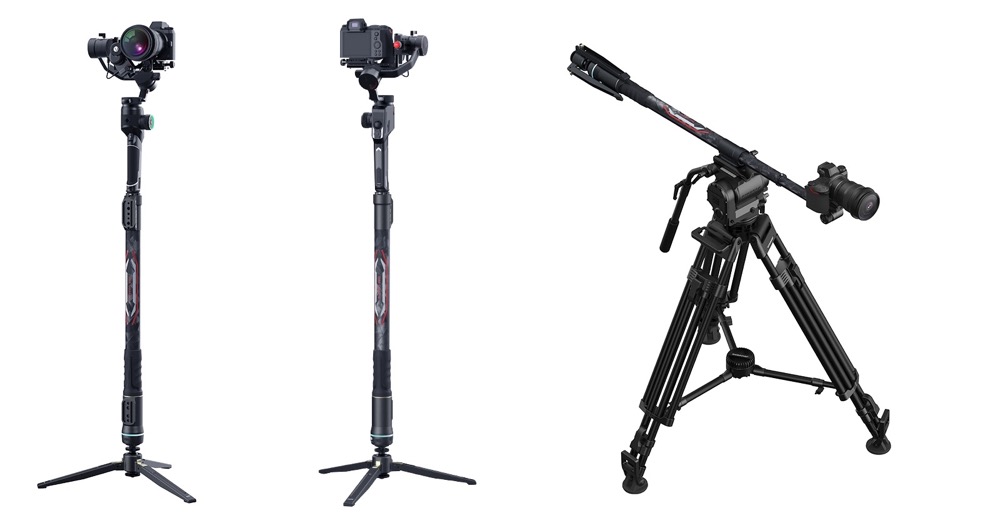 The company claims this is the world’s first electronic height adjustable monopod, which can be fully extended and also controlled with just one hand. Moza says that the result is that it can achieve “impossible angle shots, and puts ideas within reach so that filmmakers can go beyond the impossible to realize their full creativity.”

The monopod has a durable carbon fiber body and, with a tri-legged support stand, it can be used on any surface, whether in a studio or outdoors. The lighter carbon fiber helps reach higher angles that otherwise would be difficult to achieve using a traditional slider or monopod. For easier transportation, it is lightweight at 1.46 kilograms (3.2 pounds) and can be collapsed to a compact size that can fit in a backpack. When fully extended, it reaches a total length of 138cm (54 inches) and allows tilting of up to 60 degrees.

The company claims that the smooth movement its monopod produces is thanks to the motor that is installed in its main body, which Moza says is able to achieve motion shots similar in quality to other sliders on the market. The monopod also acts as “an extendable jib arm to capture memorable time-lapse photography from any desired angle,” while reducing the time required for setting up compared to other types of equipment combinations that would achieve a similar effect.

To make the most of Slypod Pro, the accompanying Moza Master App gives users precise control over movement, variable speeds, and other functions, using a smartphone connected to the monopod. Slypod Pro claims to run up to 4 hours with a fully charged built-in battery but if you find yourself shooting for longer, it can also be charged with an external power supply and used continuously. 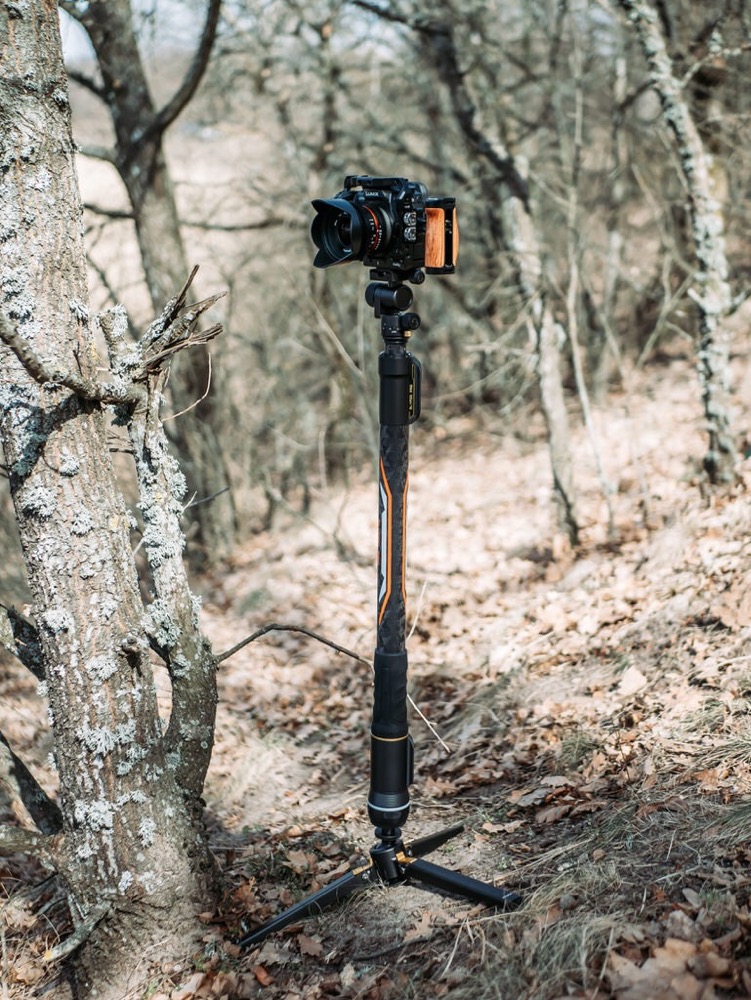 Although this monopod is presented as an all-in-one piece of kit, it is also compatible with most entry-level and professional cameras, both DSLRs and mirrorless, and other accessories, which opens up more opportunities for more complex setups. It can also be linked with Moza’s own gimbal using the app for 4-axis motion control. 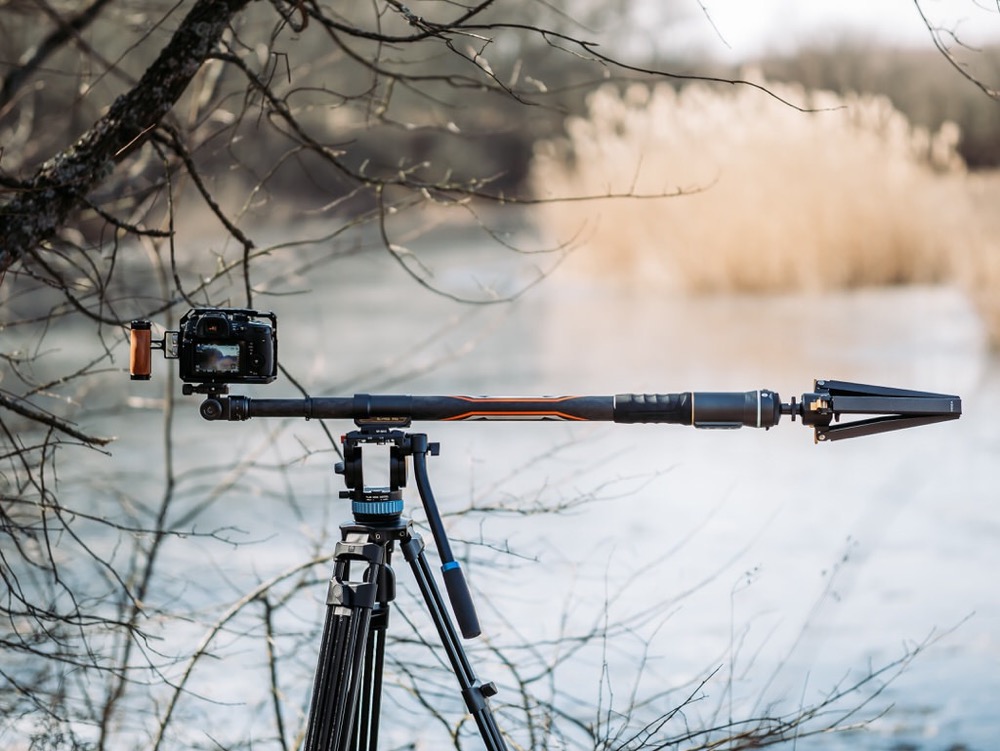